An interview with Juri Ferri 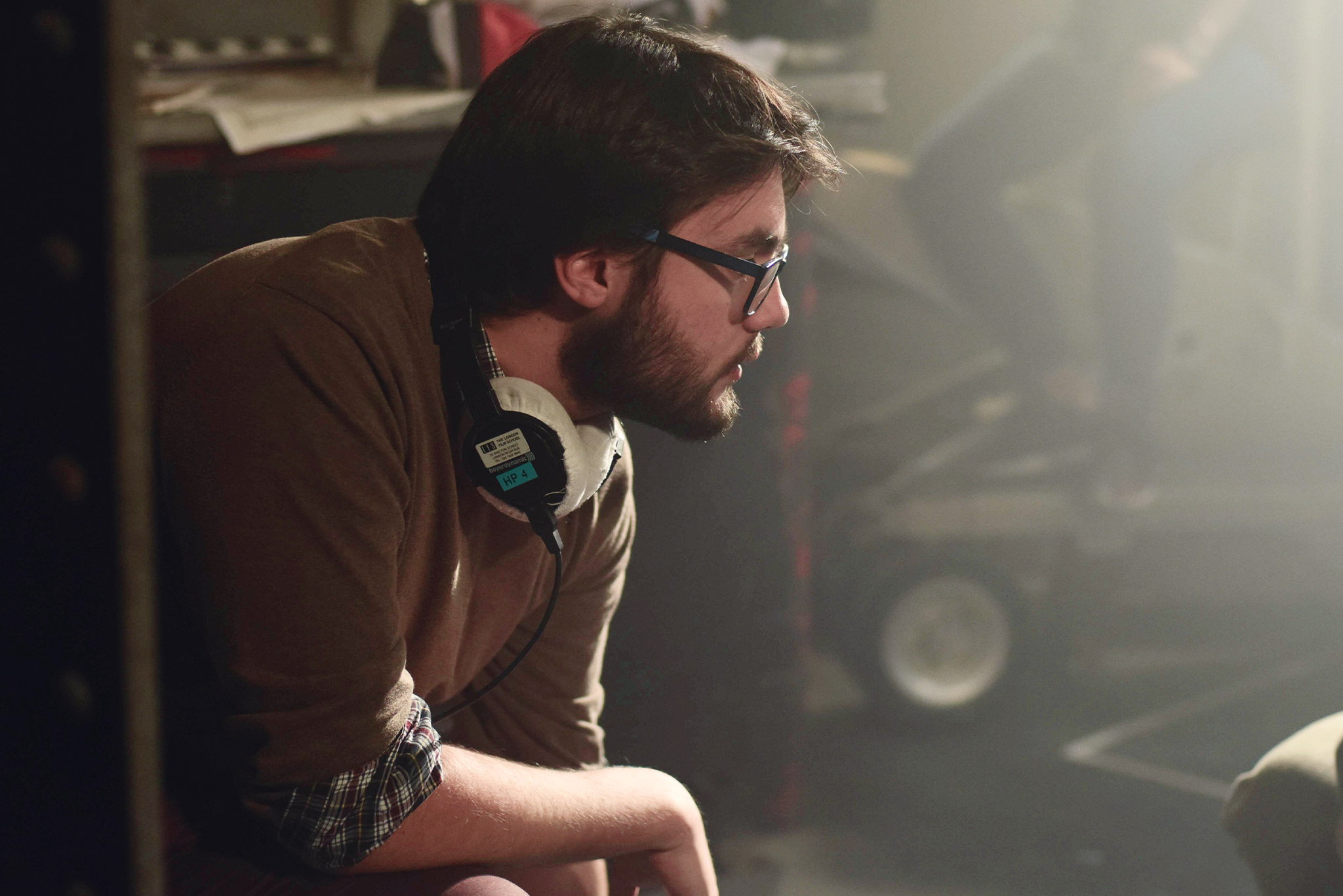 You are Italian, you are studying at a film school in England and your film UB-13 is in German. You seem to like the linguistic challenge?

Making a film in German without speaking the language was definitely a linguistic challenge, but it seemed to me like the best way to go for the film. It is a story about World War I from a German perspective, which is already rare, and is based on stories of German submarines. Having German characters speak English or turn the submarine into a British submarine did not seem appropriate to me. I am really happy I went down this route because I think having German dialogue adds a lot to the authenticity of the film. I speak Dutch fluently, as well as English and Italian, so German was not a completely foreign language to me, and I was very lucky to have amazing German speaking actors on board that made everything a lot easier. Besides, dialogue is only one of the elements that compose the language of film so I have never been too worried.

Your film UB-13 is about World War I. I dare to say that we all have not witnessed this anymore. How did you research about the topic?

I have always been interested in submarines: they seemed to be the ideal setting for a film in which characters are all confined to the same location. While there are some great WW2 submarine film, I could not think of any that represented submarine warfare in WW1. I knew U-boats had played a big part in the war even though it is not often talked about: I was interested in the fact that submarines at the time were smaller, more primitive and just in general more dangerous than their WW2 evolutions. Before starting to write the film, I found everything I needed to know about the topic from the book War Beneath the Waves by Tomas Termote, which is probably the most complete book ever published about German U-boats in World War I. It includes a wealth of period photograph and other visual references that helped me develop the aesthetics of the film.

How did you gain insight into warfare underwater?

Next to reading War Beneath the Waves, I also visited the Royal Navy Submarine Museum in Gosport. While it does not have a lot of information regarding WW1 submarine warfare, it has a very well-organized collection and it helped me a lot to understand the functioning of a submarine and the key points of submarine warfare. It also allowed me to visit the interior of HMS Alliance, a British WW2 submarine, and the Holland 1, the first ever submarine commissioned by the Royal Navy in 1901.

«The element of imprisonment was essential to me.»

The submarines, which were used in the WWI, and also today, have been built very tight, there is almost no room in it. How important was it for you to include this aspect of imprisonment in the film?

The element of imprisonment was essential to me, I wanted to place the characters in this environment from which they could not escape, to heighten the conflict and tension between them and raising the stakes. The submarine space had to look claustrophobic, dirty and unhealthy for that to be effective. In hindsight, I wish we made the set even smaller and more claustrophobic: in order to make shooting more manageable, we made our set twice as wide as a real WWI submarine of the type represented in the film.

For the film, you rebuilt the interior of a submarine. How did you research it, how did you proceed?

War Beneath the Waves was once again a very helpful source of information, with a lot of visual references we could fall back on. Naturally we were limited by the budget, so rather than trying to replicate in detail how a U-boat of those times looked like, we focused on a few key distinctive elements (the periscope, the depthrudder, etc.) and for the rest we tried to cover the area as much as possible with pipes, wheels and gauges. It was more about suggesting the idea, the feel of it, rather than making an accurate historical reconstruction. Production Designer Andrea Vigoni did a very good job thinking outside the box to make the set actually achievable within our time and budget limits. So, it does not really look like a WW1 submarine, but it is believable because if you see a picture of a WW1 U-boat, it looks even crazier than our set.

How the UB-13 set looked in the studio

Together with your next film Meidagen it is your second war film. What fascinates you so much about this genre?

More than being fascinated by war, I think I am fascinated by history. Of course, wars have often been pivotal moments in history, especially the two World Wars, and that’s why I have been drawn to telling war stories.

«Almost everyone in Europe was affected by the two World Wars somehow.»

The two World Wars had a massive impact on the time after them and almost everyone in Europe was affected by them somehow. When I talk to someone about Meidagen – which is based on my great-grandfather’s experiences at the beginning of WW2 in the Netherlands – I get to hear all these interesting stories about their grandfathers or granduncles during the war. I guess that’s why I find the World Wars so fascinating, because, even though they happened many decades ago, we all have a history of them.

Would you say that you have found your preferred genre by making war films?

Rather than war films, I think I will always be interested in making historical films or period pieces. I have always been fascinated by the past, by how things were different from today’s world but also by how, in many ways, things have not changed at all. I would like to keep exploring stories set in the past. Film is a an extraordinary medium because it allows us to live a time before our own: in many ways, it is probably the closest humanity is going to get to inventing a time machine. But I also don’t want to corner myself into a specific genre and I would like to keep exploring different genres, styles and settings.

After UB-13 and Meidagen, what film are you going to do next?

I have just finished Meidagen which has kept me busy for the good part of this year, so now I am taking some time for researching and writing without the production pressure. I am exploring different ideas at the moment, but I would really like to make a film set in my hometown in Northern Italy next, to explore the world I am from. It will not be a war film this time around, but it will definitely be a period film. 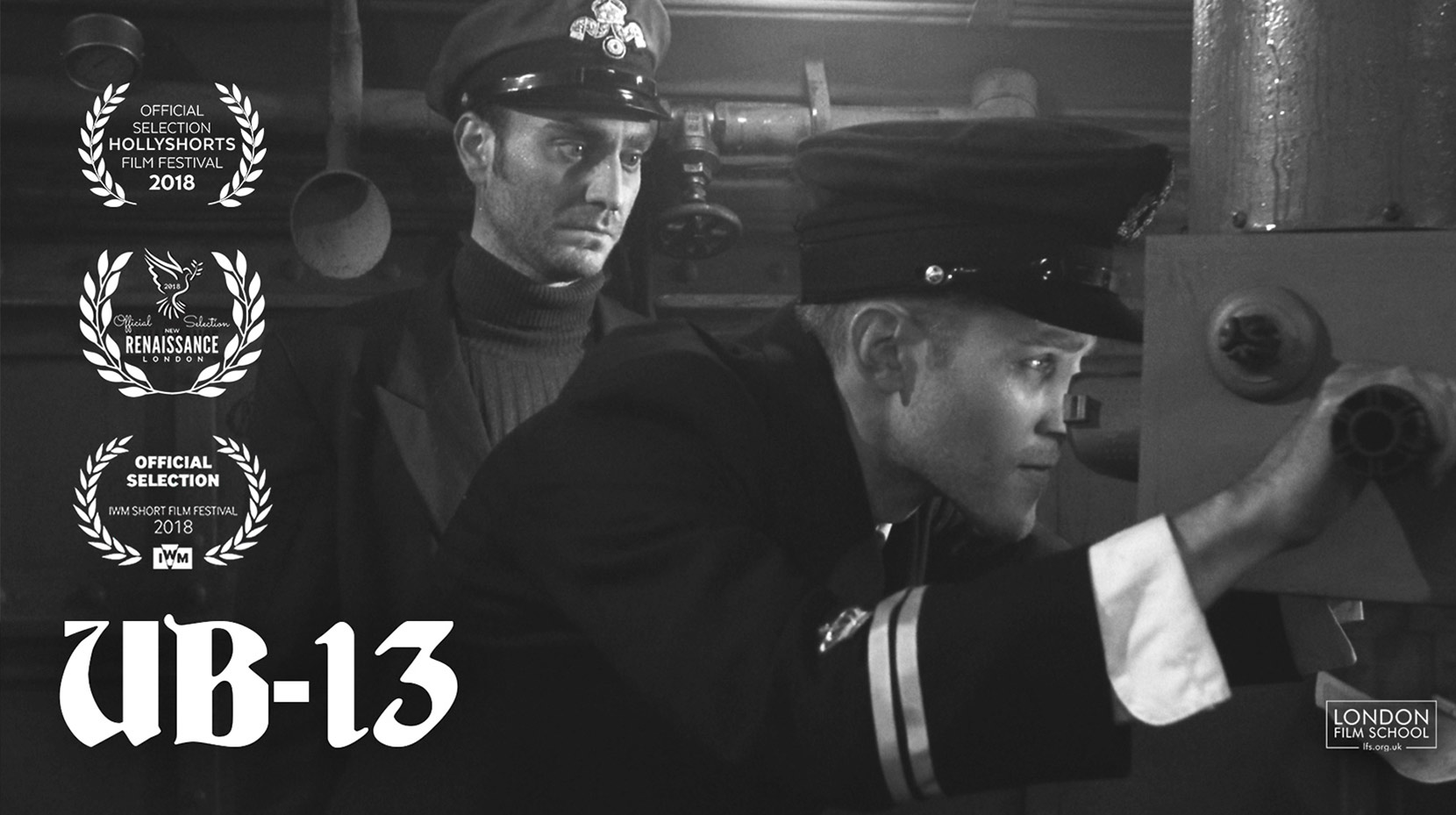 Juri Ferri is an Italian filmmaker based in London, currently studying at the London Film School. He is interested in a wide variety of film styles and topics, particularly films with a strong visual impact. His film UB-13 is an official selection of Retrospective of Jupiter.