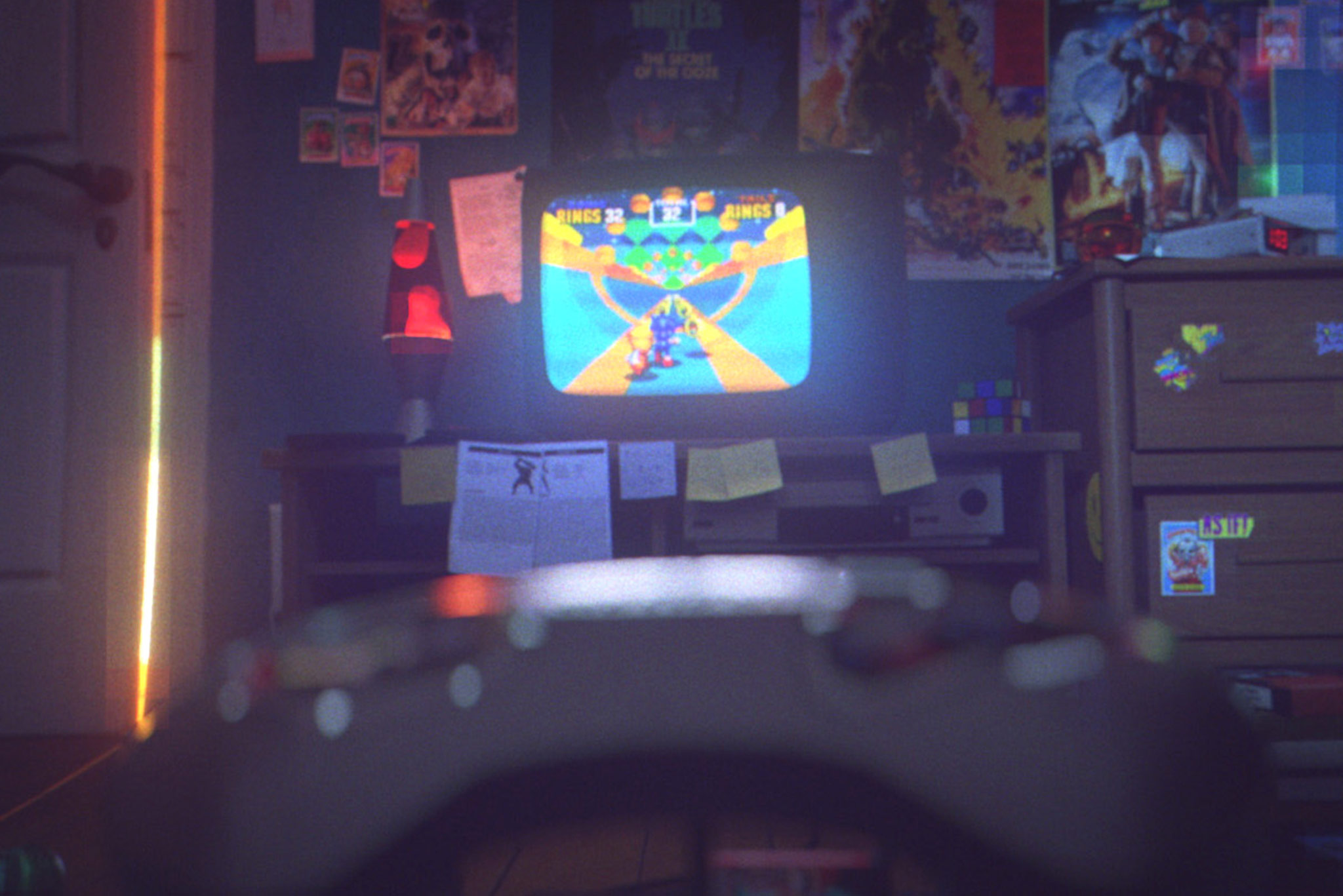 If you could choose an era to live in, what would it be?

We’re big Sci-fi and Asimov fans in general, so 100 years in the future, far into the unknown would be interesting to see how humans developed, could imagine them being very unlike us, which is fascinating.

How does one come to become a CG Artist, how did it start?

When we started our careers, CGI wasn’t being taught in any colleges or schools, nowadays you have a wealth of knowledge online. So it began from experimentation and learning in the real world, creating real-world sculpts and structures, quite often building little ‘sets’ where fictional characters could live. Our first experience with 3D was a Quake editor called Quack, which allowed you to build levels, having a digital environment where you could create things which took up no physical space was such a liberating experience, so it helps to have interests in similar areas, quite often creatives with an interest in comic books, architecture, set design, painting will find the life of a CG Artist a rewarding one, and usually the beginning of a fruitful career.

Stills from the short film Playgrounds

Your skills include Modeling, Texturing, Lighting, Rigging, Animation and Compositing. Which process is the most challenging for you and why?

While different areas require certain expertise, for us the most challenging but also most enjoyable part of the process is the initial creation of the idea and concept development. This is where the initial idea is born and then developed through previs edits, concept development, evolving the idea and narrative so you can determine what you are trying to say, how you want it to look and feel. Once this is locked down, the rest is execution, which isn’t quite as liberating or fun, but just as important.

Postproduction for the short film Playgrounds

Maya and Blender are extremely complex softwares for 3D visualization and animation. How did you acquire this know-how? How do you describe the learning process?

«Many years of trying and failing and starting again.»

Hours, countless hours and patience. Many years of trying and failing and starting again. We come from a self-taught background and experience directly in the field, working for major and small firms, alongside many amazing artists which represent an endless source of tips and tricks.  Projects like Playgrounds is the perfect example of how you can experiment, play and create something without the pressure of a client deadline or directions. These passion projects are the best way to learn, where you can be authentically you.

Your submitted film PLAYGROUNDS on Retrospective of Jupiter is set in the 80s and 90s. You describe the time as the rise of video games. Do you think the video games of the 80s and 90s have influenced your career as CG artists?

Both 80s/90s anime and video games have both had a profound impact on us, especially growing up, they would provide a form of escape from the realities of real-life. The visceral imagery from 90s anime was second to none and we loved ‘point and click’ adventure games for their strong characters and environmental storytelling, these have all influenced us as artists.

Previsualisation for the short film Playgrounds

How do you proceed with a new project, how do your working steps look like?

Previsualizations and concepts have always been the key for us, with concepting informing the overall look and feel of the film, and roughly 3d blocked layout of the virtual environment allows us to then set up all the cameras, creating a complete 3D rough representation of how the whole project is going to look, allows us to view a timeline of the project as a whole and begin to iterate on the edit and develop cameras, timing, animation, music, until we get to a rough first edit which we’re happy with.

You combine real pictures with CGI. Which technique do you use, how do you proceed?

It always depends on a per-project basis, in VFX, combining live-action and CGI is usually the way to get the best result in a relatively short amount of time, rather than reproducing the whole image in 3D.  When it comes to animated features, matte painting and camera projections is one of the most efficient ways to achieve the same result, without the rendering overhead you would expect, while for still images, plain and simple photo retouching/manipulation is enough to get what you need.

They’re very similar in many aspects, where they differ is in how the piece is experienced, which affects how you approach tasks, for film, you need to work within the frame and what the audience can see, and what’s present in frame, while videogame artists, have to consider whole environments that the player will be able to explore. But we’re seeing more and more with animation, is that you would build a virtual set and explore that so that you can find the shots you need, something we pursued when developing PLAYGROUNDS.

Postproduction for the short film Playgrounds

Have you ever thought about using your CG skills to create games?

We’ve worked on several Virtual Reality experiences and would love to look into first-person exploration games, we find games like ‘What Remains Of Edith Finch’ a great example of a beautifully conceived and executed game with strong environmental storytelling.

Has your imagination ever pushed you to the limits of the possibilities of softwares tools? Couldn't you realize an idea because it simply can't be realized with software?

Nowadays software can give you unlimited possibilities, but we always believe it is not just about what kind of tool you are using. Bearing in mind of the resources we have, there are ways to work around ideas that at first seem impossible to achieve and visualize, you set certain rules and limitations, which provide you with a framework to work within.

«It’s not about the tools, but the artist mindset.»

This can provide a fresh perspective and breathe life into new ideas that you wouldn’t be able to discover otherwise if you had unlimited resources, and in essence, this is the power of creativity – It’s not about the tools, but the artist mindset. We strongly believe in that.

How will films evolve in the future? Keyword Volumetric VR.
Will we soon be in the middle of the film and be able to choose our own perspective?

That is definitely an interesting idea, and something we can see evolving in the future of live-action filmmaking, as a studio we can see a very good opportunity experimenting something like that, you could play with what each character is experiencing from their perspective, what they’re feeling, each experiencing an event in a different way.

Do you think CGI will replace the real picture once?

We don’t think that it will ever replace, they will coexist, although digital makeup in big-budget productions is getting close to seamless and for continuity’s sake, more consistent than real-world makeup, only time will tell.

Will CGI film productions continue to have many different teams specializing in certain different parts in the future? How do you describe the future of CG Artists?

We think that as tools improve, CGI Artists of the future will be able to take on more tasks, with the use of AI automating certain duties, the Artist would be directing these AIs to produce different components that the Artist would adapt into their workflow. Furniture design has already begun using AI to construct 1000s of variations on a theme, and you can imagine something similar for many iterative brainstorming tasks.

SuperBlimp is a Creative Production Studio specializing in Visual Development, Art Direction, Animation, VFX. Their film PLAYGROUNDS is an Official Selection of Retrospective of Jupiter.