An interview with Impuls Film 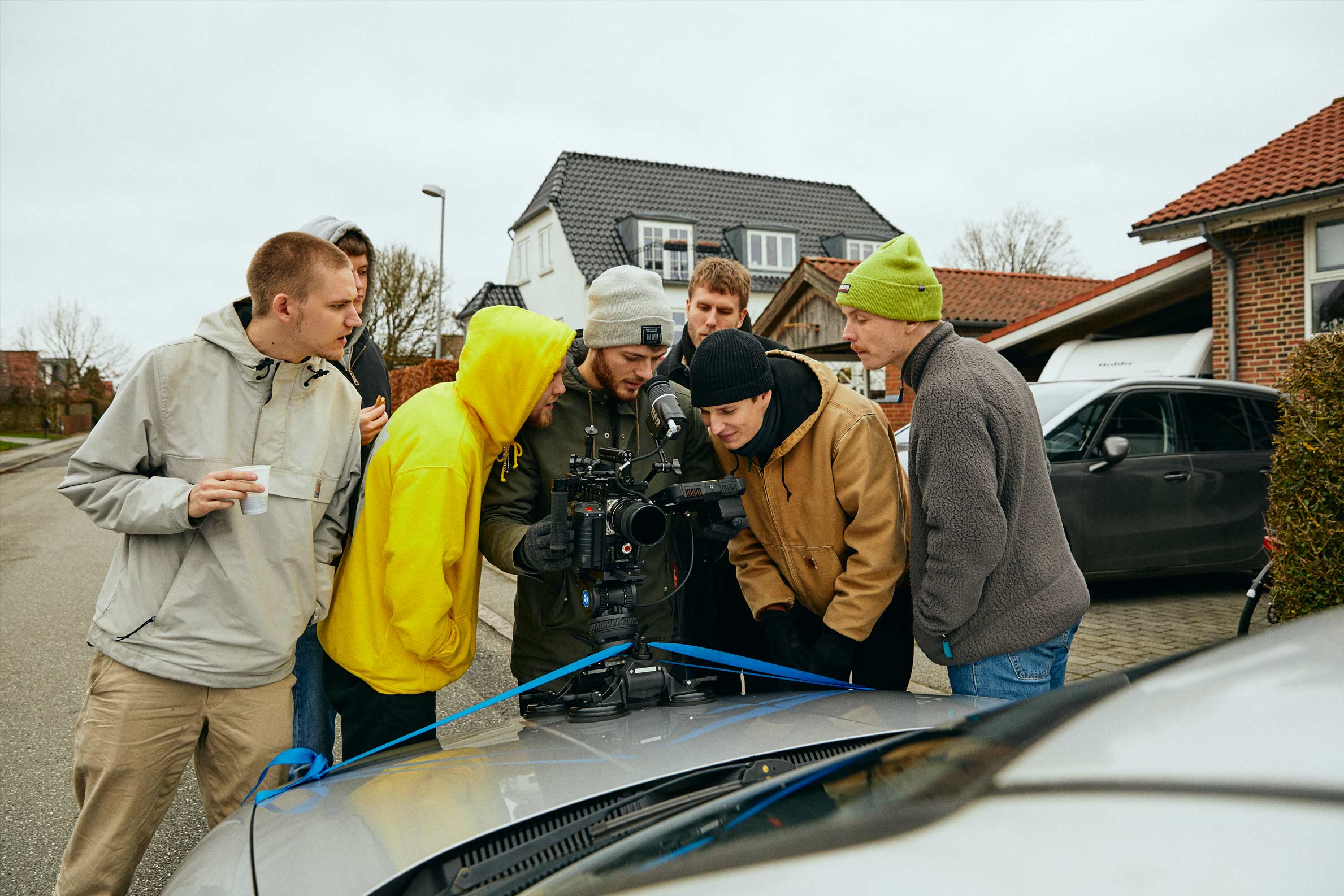 They mainly produce commercials, event videos and advise customers when it comes to digital marketing. Now the guys from Impuls Film have ventured into a new genre: music videos.
The first one was for the band MONTI and we love it! We like it so much that we included it in our online collection. Also we wanted to know more about this young film agency from Denmark.

How did you decide to become filmmakers? What fascinates you?

We probably got into filmmaking by accident. Everybody on the team loves engaging with people, telling stories and being creative. And down the line filmmaking just happened to be the best way to live that kind of life.

Alexander (on top) and Johan (in the car), the owners of Impuls Film, testing the car mount for the music video

When did you decide to found a film agency together? How did that come about?

Alexander founded Impuls Film in 2015 and made small-scale commercials and event video as a one-man-army for the first couple of years. As things started to grow more hands were needed; both out of necessity but also out of a desire to share the journey with others. Several freelancers came along for the ride but Johan was the one that stuck out and when he finished film school he was brought on as a full time partner.

Do you guys work full-time for the agency or do you do something else on the side
to earn a living?

The backbone of Impuls consists of there full-time people mixed with a couple of part time employees, interns and freelancers for when things get exciting. Take this music video for example, we were actually about 6-8 crew members on the days we were shooting.

Your portfolio contains many commercials and corporate films. Was it something totally different for you to produce a music video? What experiences have you had?

Being a producer of commercial work has enabled us to do what we love full time and that has been the ultimate goal from the beginning. But it is no secret that we – as most filmmakers – truly enjoy and are passionate about creative narrative work; music videos including.

«It is a very different process to convey an artistic vision as compared to a commercial one.»

It is a very different process to convey an artistic vision as compared to a commercial one and it really challenged us as filmmakers – we definitely learned a lot we can use both commercially and narratively. Although the creative projects do not pay the bills we are striving to find room to do more of these kind of projects as they keep us on our toes.

Behind the Scenes of the music video MONTI – ALRITE.

«We wanted to make a project that had to be way out of our comfort zone.»

What was the inspiration for the music video for MONTI, where did the idea for the script come from?

Our take on this music video was probably a little backwards. Before even deciding on a song, we knew that we wanted to make a project that had to be way out of our comfort zone. One that would challenge us technically and creatively. We wanted it to be a real show off of what we could do with the right time and effort. This resulted in working with car mounts, snorri cam setups, super zoom lenses, extreme match cuts – all of which was a first for us. When a song was decided we spent a lot of time finding references from the best in the industry. The narrative itself was written in collaboration with MONTI where we explored the themes and feelings behind the song – which we then tried to conceptualize visually.

Part of the storyboard for ALRITE

Being on a tight budget the cast mostly consists of people from our close network and people that we have worked with on previous projects. In terms of locations we were also constrained by the budget so everything had to be free. We knew this from the start so the script itself had to be written with generic and cheap locations in mind. Some of the scenes were filmed in Alexander’s childhood home. Other scenes took place in one of the band members’ apartment, which we completely transformed. We spent a lot of time on set designing the different locations, and also hired other people to help us with this part. In the end this meant great looking locations – but all free.

Behind the Scenes of MONTI – ALRITE

«The entire budget was spent on equipment rental, prop rental and catering.»

Did you have a fixed budget for the production? If so, did your budget limit you in any way? And how did you counter that?

Yes, and it was very limited. Fortunately we know a lot of passionate and kind people so we were able to set a proper crew across 6 shooting days – all working for free as we did ourselves. The budget was a mere 1.500 euros which all went to gear rental, prop renting and catering – and even with this we had to think extremely creatively and pull on a lot of strings to make it happen. For example: all the custom props you see (the big book, the coffin etc.) were all built in-house by our multi-talented producer, Christian, for next to nothing.

Does the music video MONTI - ALRITE have something that is typical for you, do you have a certain style that describes you?

A style that describes our work is probably the usage of humor and a cartoonish way of storytelling. Elements that aren’t that visible in the music video for ALRITE. So ALRITE was really a non-typical type of production for us, which made it extremely interesting and an eye-opener for how we are able to make other films than corporate productions.

Some bloobers of the music video ALRITE

Do you also have your own film projects outside the agency or is your work taking up all your time?

Impuls Film is currently taking all of our time in terms of filmmaking. But it would be interesting one day to do collabs with other filmmakers outside of the company, so that is certainly something we are open for!

Behind the Scenes of the music video MONTI – ALRITE.

Impuls Film creates film production and supports companies in digital marketing. In short, they tell stories about people and products. Their latest music video for the band MONTI (MONTI - ALRITE) is an Official Selection of Retrospective of Jupiter. 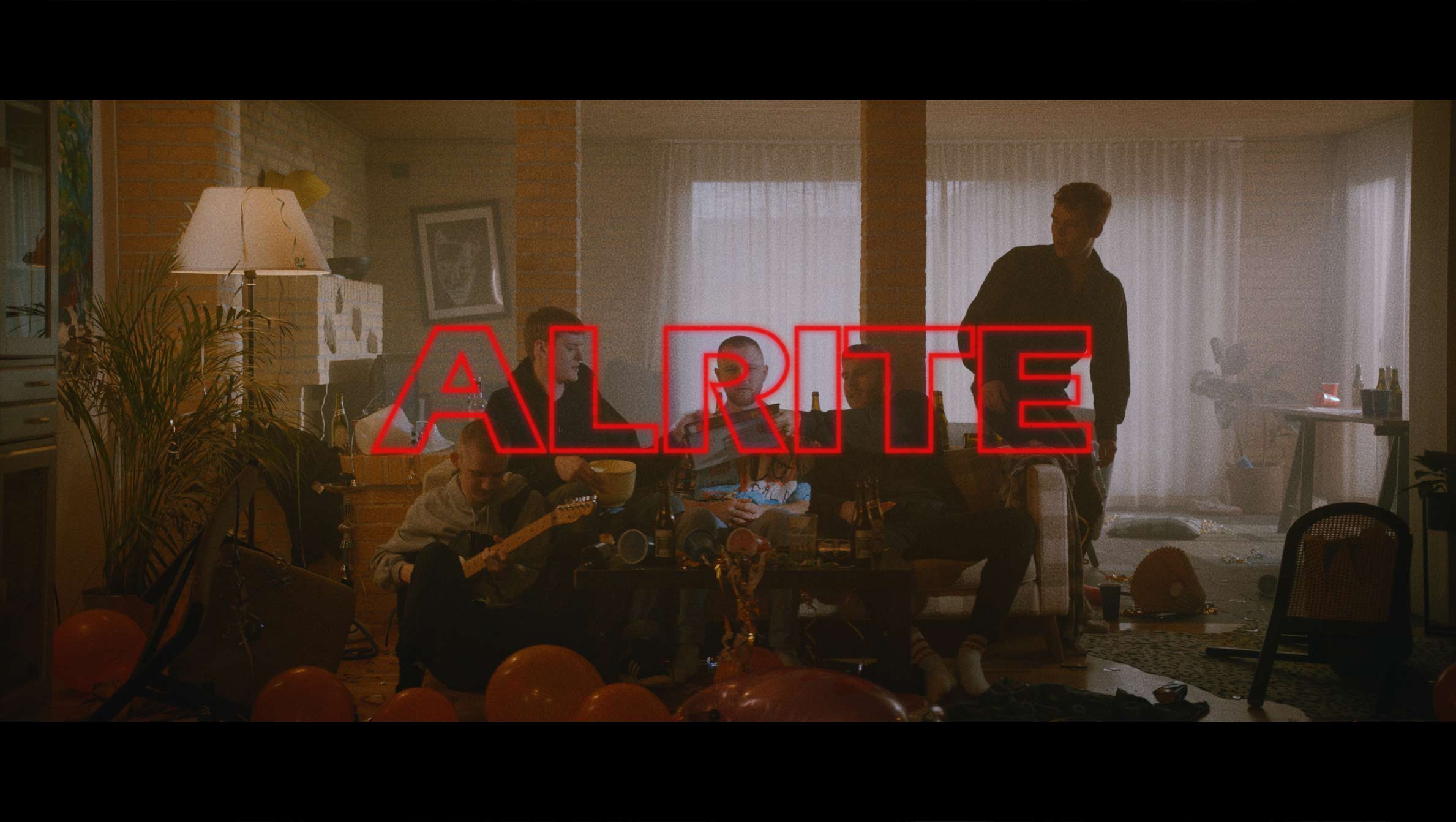