An interview with Diogo Gameiro 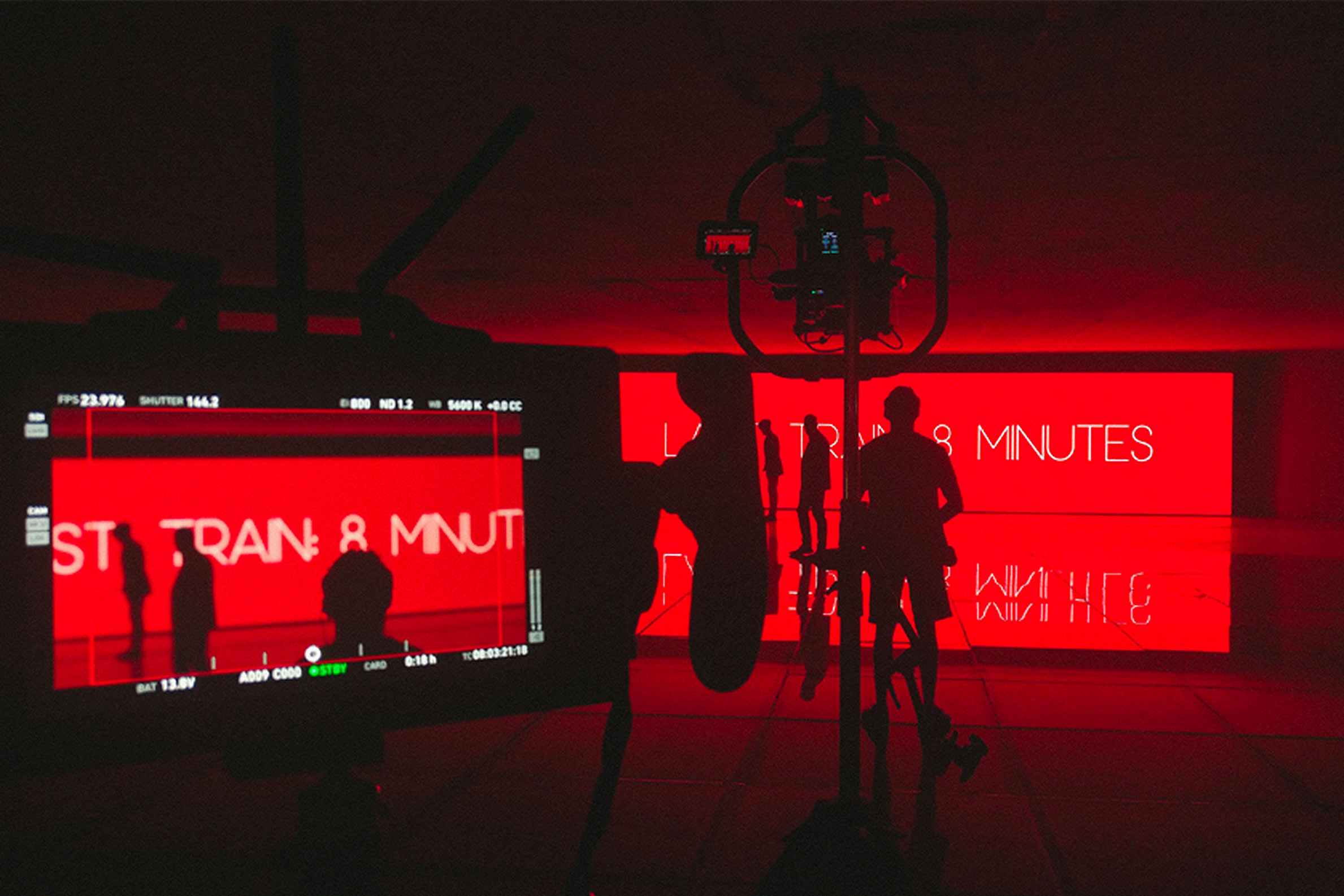 He started in the film business at the age of 14 and has gone through all stages of production to really find out what filmmaking is all about. After working as an assistant director, editor, and then as an established visual effects supervisor, Diogo Gameiro realized that he really wanted to tell stories. Today Diogo works as a director and has shot commercials in Brazil, Mexico and the United States for major brands such as Ford, Volkswagen, Discovery Channel and Fiat.
His latest film, Instant Doctor, is a short film that honors doctors and healthcare professionals around the world.

You are a filmmaker from Brazil. What is the situation as an independent filmmaker there, do you get support or funding?

Yes, I’m a filmmaker based in Brazil. I do mostly TV commercials, but I’ve been trying to shoot more music videos and short-films to expand my tools as a storyteller. I think every medium has its unique set of advantages and disadvantages. It’s fun to shoot commercials, you have access to lots of fancy toys to play with and it gives you a huge range of experiences, since you usually portray a wide range of situations. I like Music Videos because they give you more freedom to experiment, usually. It’s where you can test on ideas and techniques that you wouldn’t really try on a high demanding commercial. But both lack a truer sense of storytelling. Characters, dramatic arcs and a deeper involvement with the story you’re truly telling your audience. That’s why I’m tenting to do more short films in order to keep dreaming of making a feature someday.

Being an independent filmmaker in Brazil is getting harder and harder. We’re going through a very heated political moment over here, and there’s a big movement against cultural remarks in general. All tax rebates, funds and incentives have been cancelled and we don’t even have someone responsible for cultural development in the country at the present moment. They say that fundings and incentives on state levels are slowly coming back, but we’re still waiting on a Federal position for this matter. So the way to go as we speak is either self fund or go to the big players. The big players are producing a lot. Netflix, Amazon, HBO etc. That is great and it is fuelling the industry. But at the same time it’s very rare to see a first-time director braking through. We just have to keep trying, keep shooting and keep writing. I guess the opportunity will show itself up if you throw quality content out there.

How did you come up with the idea of the Instant Doctors, what inspired you?

Well, that script was a true collaborative process. We got the idea from an agency in NY called The Bloc. Bernardo Romero sent us the core of the idea saying he thought of turning it into a short. We sat at the production company (The Youth) with just this concept in mind: What if a guy walks into a doctors appointment and instead of a human he finds a machine that’s capable of predicting precisely what he has, but is not able to deal with the emotional consequences of that predicament?

«What if a guy walks into a doctors appointment and instead of a human he finds a machine that can precisely predict his illness?»

So we brainstormed on it and I wrote the first draft. Then we sent it back to the team at The Bloc, David and Bianca wrote the second draft. We all did another round of brainstorming and Eduardo and me wrote the third draft. That was the one that ended up being produced. We were five humans writing and discussing together, that’s why I think the idea matured so fast.

Part of the Storyboard of Instant Doctor

What do you think, how far should artificial intelligence (AI) in healtcare go, where should be the limits?

Personally, I’m very enthusiastic about AI and the evolution of technology. But I do feel like we need to always have in mind the fundamentals of being human. I feel like humanity has being bragging too much about the traces of evolution that led from the opposable thumb, like intelligence and a greater sense of cause and effect, but we’re taking for granted the only trace that can keep us alive in the long run: empathy. We understand each other’s pain because we know how that feel. Putting ourselves in the other’s shoes takes us further than anything else a human can do collectively. A Machine will never get that, doesn’t matter how intelligent and precise it is. Well, until they really feel our pain and sorrows, that is.

How did you build up the Instant Doctor treatment machine, what is real, and where did you start using CGI?

We actually built the cabin. It is make of a milky acrylic so we would be able to light it from the inside when the camera was outside, and light it from the outside when the camera was inside. It gave that soft and uniform lighting coming from all sides that I think gives that odd feeling when he is being treated. So we had the cabin physically there on set, but it was made of 4 pieces so we could open and close individual sides to frame and light, and it didn’t have the signs and logos. We painted out gaps on the acrylic and added the logos in post. It also didn’t glow as much as we wanted, so we did reinforce the lighting in post as well.

The cabin for Instant Doctor, before and after

Which techniques did you use?

We had the great team from Warriors VFX doing VFX and CGI with us. The location we used for the station is actually the entrance hall of a museum. So they added the city, the tracks, the train and the other side from the station to the location to turn it into the station. We built the vending machine, that’s just a TV turned sideways inside a wooden cabinet that we made for the film. And we had that awesome led screen to light the station and serve as a sort of futuristic set that feels plausible. We’re seeing more and more screens on public spaces and I thought it would look cool and help sell a futuristic but realistic setting

«We built the vending machine, that’s just a TV turned sideways inside a wooden cabinet that we made for the film.»

How long did the production of the whole film take?

The first time we sat down to really start working on it, the first brainstorm I mentioned earlier, was on February 4th 2020. We presented the final script 20 days later. We shot it on March 16th and delivered the final file on the 30th. So less 56 days. That was pretty fast if you ask me 🙂

What is your message to the audience with Instant Doctor?

The final message we wanted to put out to the public is that technology will never replace empathy. Empathy is at the core of what makes us human, and I believe it’s the only thing that can make us go further as a collective.

Instant Doctor is an Official Selection of Retrospective of Jupiter. 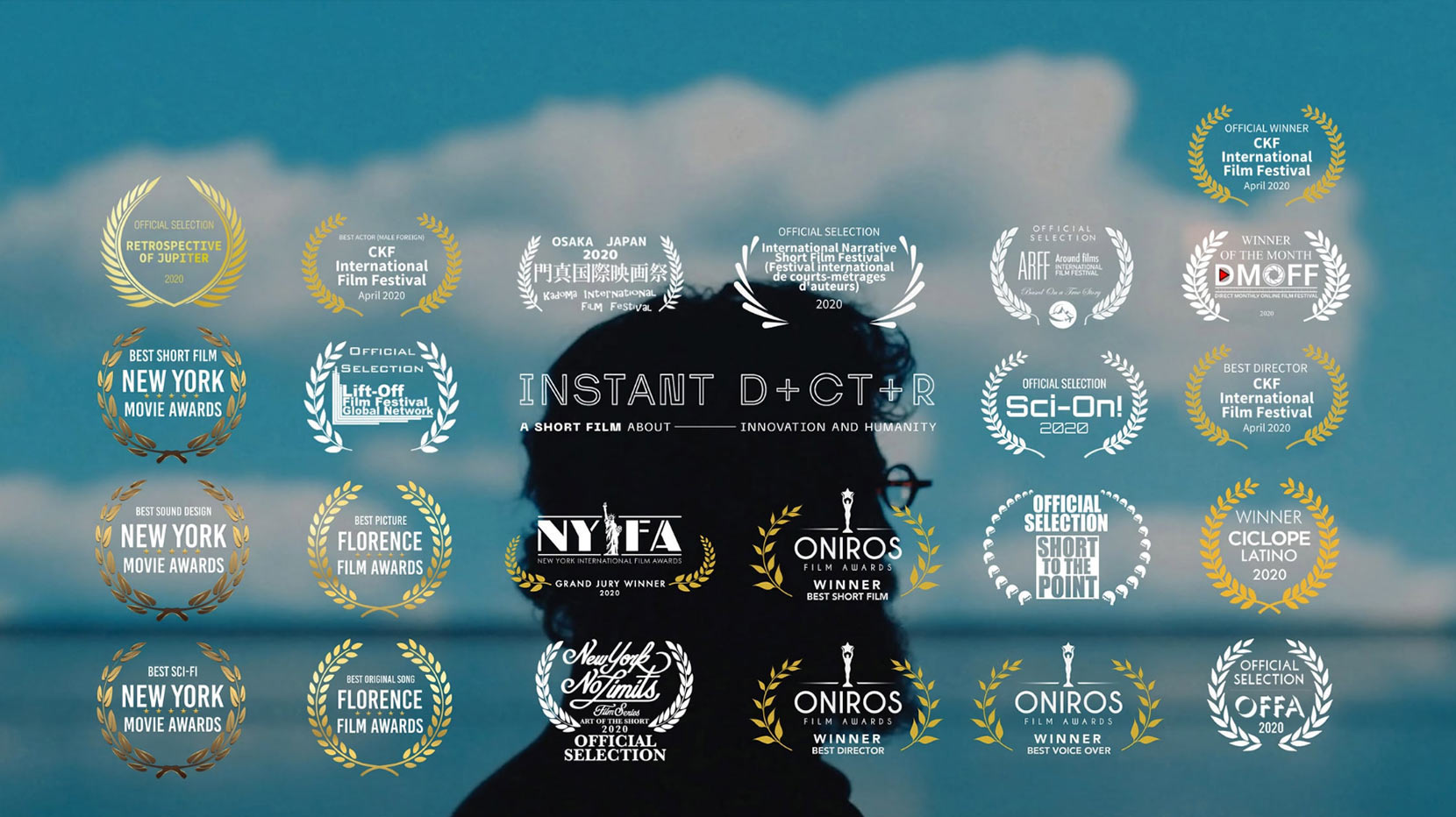