An interview with Daniel John Peters

How did you first come into contact with the film world, when did you become interested in filming?

I fell into it from my music career. Every time we made music videos I had a strong vision of how I wanted it to look and feel so I would give my suggestions to the company shooting it. As any company, they would pitch their ideas and we would bounce off each other or talk about what would not be possible

When did you decide to become a filmmaker? What was the final trigger?

I started around 2008. After I stopped music, playing in the band I was in. The original idea was to write music for other bands or co-write with bands. The production was covered by my brother. We already produced and recorded our own records so we started doing that for bands, but I loved crafting songs and making them something special, well I try to haha.
After changing bands songs to something I thought made it better, complementing what they had. I would slowly notice bands would forget what I actually did. This would be song structure, melody, harmonies etc. So I thought I’m just wasting talent and energy on something that wont go anywhere and I was already emotionally drained from the music business so I naturally went into shooting and directing music videos for the bands we were already recording. So at that time it was almost like double promotion for the studio and what I was doing with music videos.

«I always shot the first one for free.»

When was the first time you made money from filming?

So here is a good rule I like to use in the film business: I always shot the first one for free and then charged after. So if I started music videos, the first would be free, then I charge per video. Weddings, the first free. Clothing/Apparel etc. etc. This way you get a good variety of work, you’re learning as you go, you build clients and I guess if you look at it now, If you fucked it up it was free haha.

How did you acquire your know-how?

Like anything, if you love it you learn it by living it day in and out. I remember buying the HVX with 35 adapter and the 5D came out very soon after and I sold the HVX for the 5D as soon as possible. So its good to know cameras besides the craft as this helps you in your business choices, knowing what cameras do what and funding so you don’t get left in the dust because the new kids on the block have better cameras getting more work.
Not saying certain cameras get you work as you can get so far with a 5DII. I’ve been buying and selling cameras since I started. But the very very first was a very bad home tour video, this allowed me to learn about frame rates, shutter and editing.

«They would first hire you as a B-Cam type of shooter and obviously if you know what you’re doing they will have you back.»

You have already worked for very well-known clients like Canon, Robbie Williams and Placebo. How did it start? How do you get to such well-known customers?

This was all word of mouth and by the type of style I shot. They would first hire you as a B-Cam type of shooter and obviously if you know what you’re doing they will have you back. Then if you prove you are not just a human tripod that can always interact with your client, talent, you can edit, color, do sound and work your ass off the work speaks for itself.

What would you advise new young filmmakers to get in touch with such brands? Are there any rules to follow?

To be honest this one is a bit tricky, any one can do it I guess but I’ve always had a way with finding people, saying the right thing and knowing who to bug and who not to bug. Only reason why I mention this is because I pretty much did all our press and fan building as a band. A lot of hard work, sat on the phone or behind a computer all day and going to events you hate, which most of them go nowhere but some you will land 2 minutes with someone that might go somewhere. You scrape by with no work or money, to try and get to London or abroad and nothing happen because of it. But now someone in that business knows who you are. So basically you’ve cut down the small talk in your next encounter together. But don’t bug companies or people just because of their name, be respectful.
Work with whom you generally think you will work together with or what you think you can offer them in terms of work, relationships or just a one off job. Some people, companies I can get on well with but they’d never hire me due to relationships they already have. But I like that as they have commitments and pride in relationships. A good example of this is what the industry has become regarding the influencer world.

«As soon as I stopped posting youtube videos about gear and behind the scenes, nearly every manufacture or silent supporters stopped emailing me.»

Not in a big headed way but I could have easily been doing very well in that world with brands, companies and youtube but I generally hate it and it’s a big players game and it mostly seems like everyone using each other. As soon as I stopped posting youtube videos about gear and behind the scenes, nearly every manufacture or silent supporters stopped emailing me, sending me gear to use/promote which limits work and funding but… the type of content I want to share and create it’s not for them any way so I would be wasting time and energy. Saying that, the biggest and most shocking client to date is Panasonic. Panasonic have been very supportive allowing me to shoot short films to the best they can. The two films I shot for them, They didn’t change a thing to my script, locations or actors. Of course they try and keep budgets down but if I thought I needed something for the film, I would say I need that or we shouldn’t shoot the film and they would understand. But the budget is the budget. ‘Deserted in Paris’ was one hell of a nightmare to get off the ground and shoot which is a story for another post haha. To get another one made with Panasonic for ‘Let me Explain’ was amazing, very grateful for their support. Blackmagic are also supportive which I’m very grateful for but I did try to get them on board for ‘Rusty’ which they turned me down for as it was too dark for them. So I produced that film myself. So like anyone, I get turned down all the time but sometimes good things can happen. 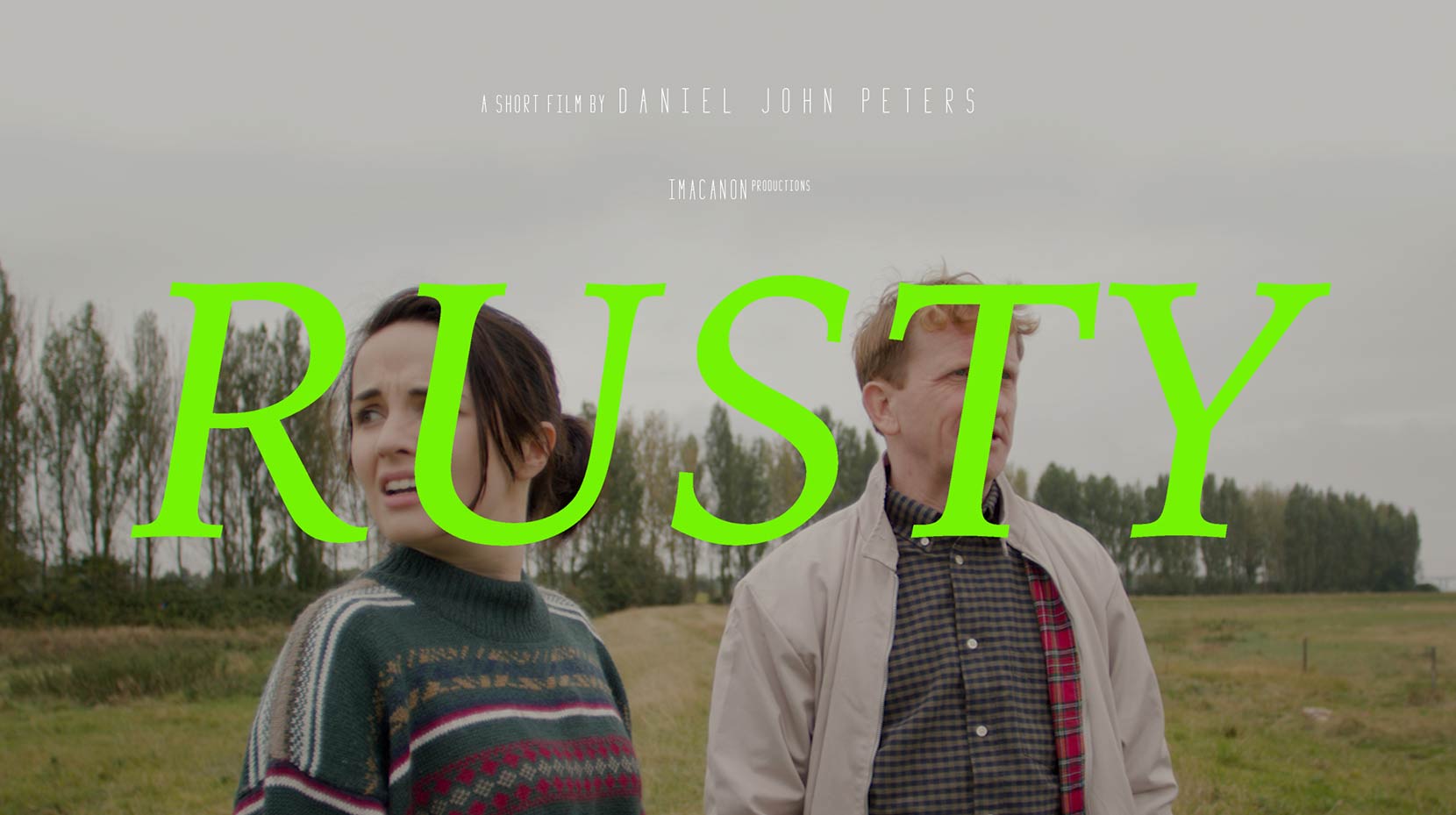 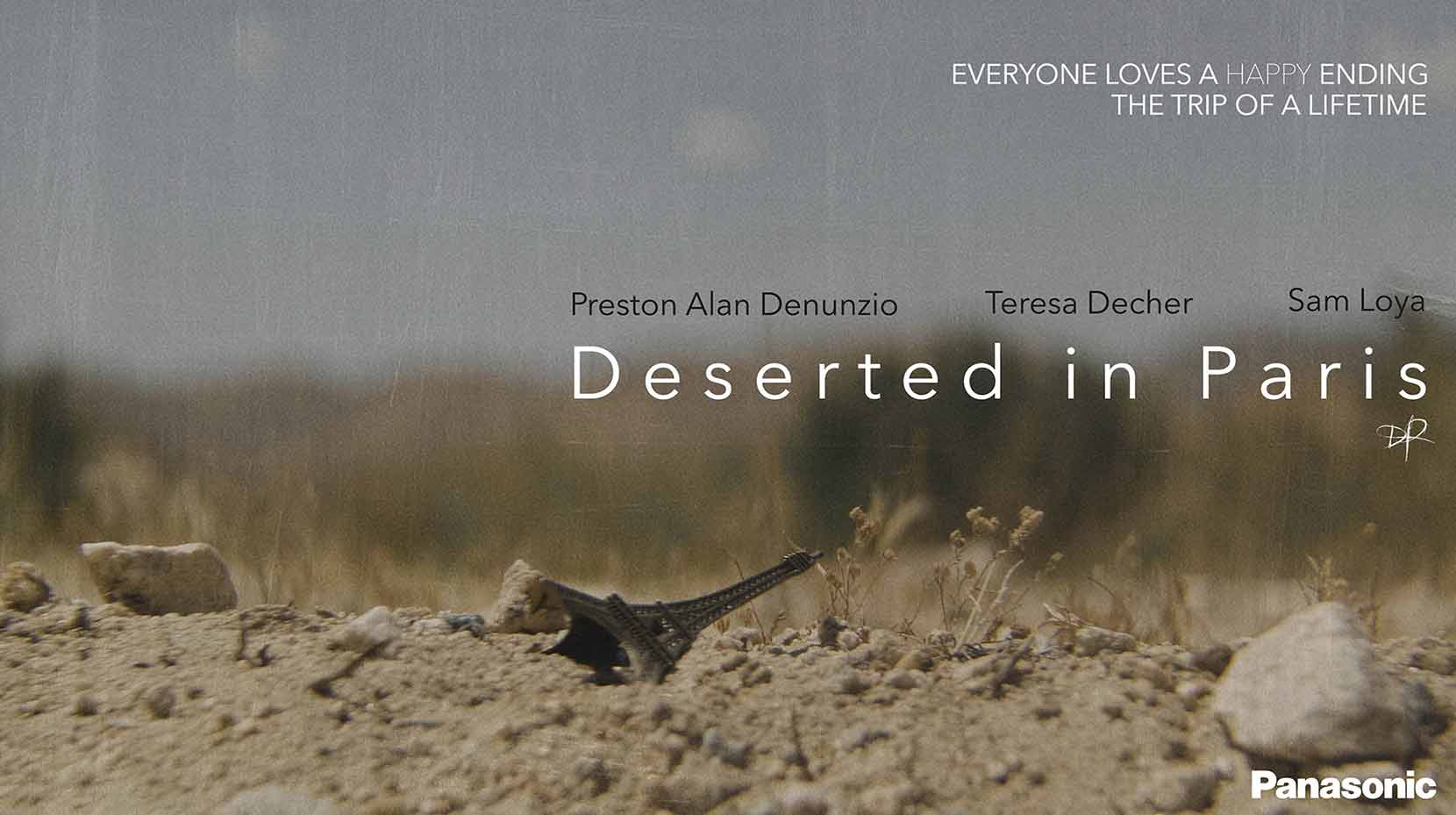 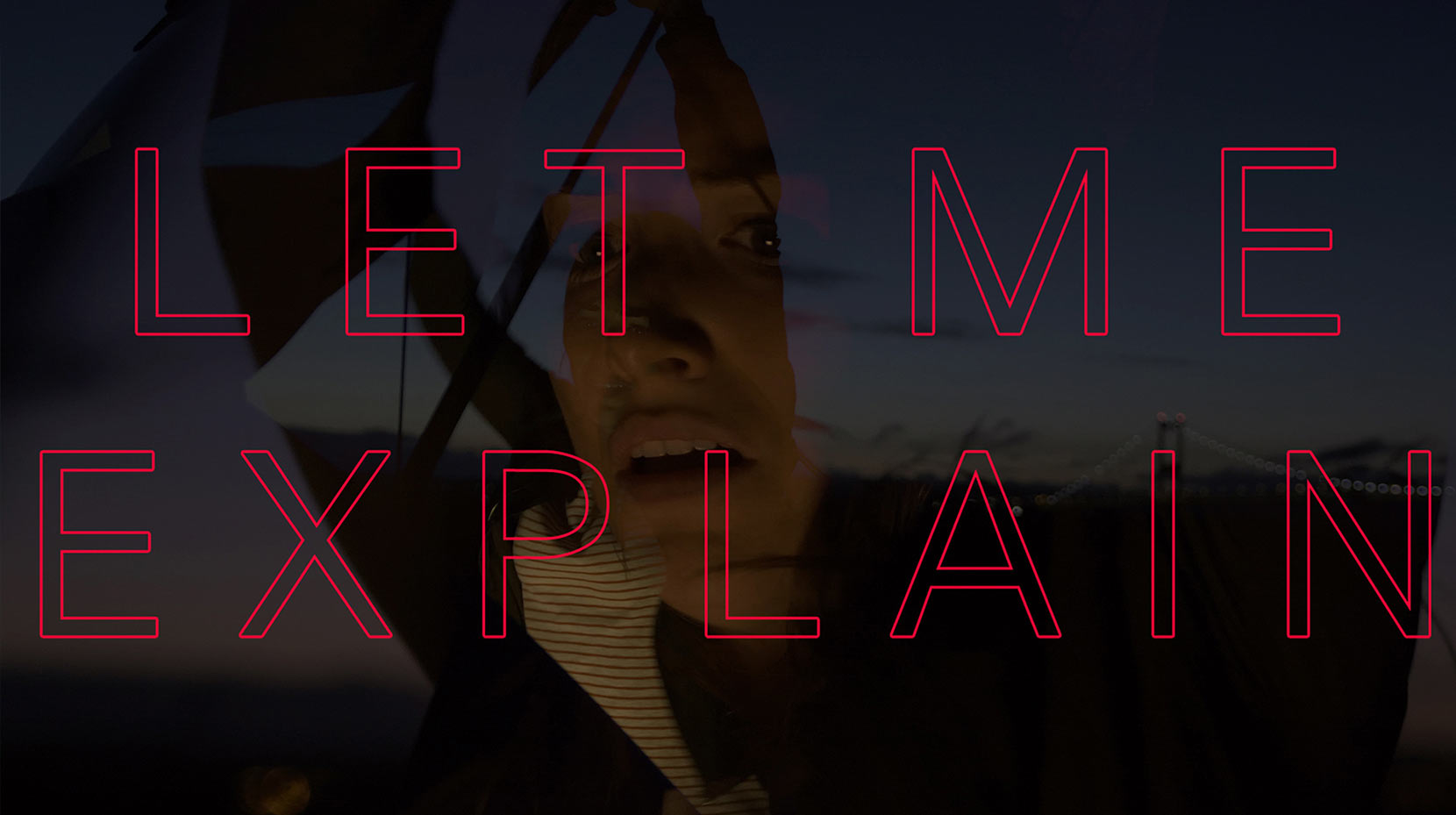 What is more important as a freelance filmmaker: constantly acquiring new customers and sending the own portfolio everywhere or having contacts and knowing the right people?

I guess a bit of both. Only word I can say that will annoy people is ‘patience’. Clients and relationships take time, be in it because you love it and if you get a client that is a big name but they are rude to you or are simply using you with no respect. Don’t feel trapped that you need them. This happened to me twice. I feel that they thought they owned me and I needed them for money and a name. I simply stopped replying to their emails, then said I’m booked and sooner or later they stopped contacting me altogether. Sure I miss the money but for me this is to be creative, have fun and enjoy what I do for a living. If I wanted security and money I would work 9-5. Even when times are hard because this happens often haha. Don’t be afraid to turn clients down.

What have you learned in all these years of working on commission as a filmmaker?

Just take each day by day. You will struggle for money and income so be very wise on gear and clients. When times are really good, don’t get caught up in it and just be humble because it could go away tomorrow. Some jobs are crap, boring and very un-creative and you are just point and shooting sometimes but just remember that some people have horrible jobs and no way out due to having no talent, other options. They are also very likely to be working way harder then you so I never take even the crap shoot for granted. I’m very grateful for every job. Even when I landed Jimmy Choo as a client. My meeting with them happened a year before anything happened so I had all that time in my head to think my work was crap, what did I say wrong etc. etc. haha.

What value do short films have for you?

To me short films is what I always wanted from the start, or TV drama. Most importantly this is my true voice or your true voice. In all honesty, anyone can shoot, make pretty pictures especially now with youtube teaching you everything. I don’t mean any of this to sound negative or bitter but you just have to be careful in the industry now. If you learned how to shoot, edit and light in a week and you are ready for work and clients, then so can the other million people watching those same tutorials.

«The story you tell or share or live through is your own. That’s the most important thing.»

That’s why song writing and filmmaking mean so much to me as it’s my voice and style. Anyone can shoot like Deakins if they study him enough or anyone can copy someone else’s style but the story you tell or share or live through is your own. To me that’s the most important thing. Depending on the type of person getting into the industry, whether you shoot, write or edit. Always be yourself and have your style, which is obvious but the most important thing is to listen. Always be open to input, your clients changes as like any good work or relationship. It requires understanding and being collaborative while standing your ground when you truly believe you need to. Being in any industry long enough can make you bitter but love what you do, shut out that bullshit and work damn hard but also smart. Oh, and also prepare yourself to not work at all haha… unfortunately that’s how it is.

Daniel John Peters has worked for clients such as Facegym, Jimmy Choo, Panasonic, Heineken and Bose. His short films Rusty, Let Me Explain and Deserted in Paris are Official Selections of Retrospective of Jupiter.